Canceling Comedians While the World Burns: A Critique of the Contemporary Left (Paperback) 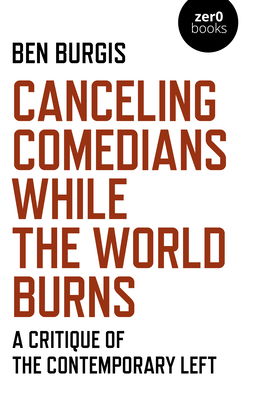 Canceling Comedians While the World Burns: A Critique of the Contemporary Left (Paperback)


Not On Our Shelves—Ships in 1-5 Days
'Ben Burgis has written a clarifying, humorous and sharp as hell wake up call for the left, and political culture at large. Read this book...'Michael Brooks, host of The Michael Brooks ShowBetween the decline of the labor movement, the aftershocks of the falls of so-called actually existing socialism, and the long exile of even social democrats from the levers of real power, we have gotten far too used to thinking of leftism as a performative exercise in expressing our political commitments rather than a serious effort to achieve left-wing goals in the real world. Cancelling Comedians While the World Burns calls for a smarter, funnier, more strategic left.
Ben Burgis is philosophy instructor at Georgia State University Perimeter College, a columnist for Jacobin Magazine and Arc Digital Media, and the co-host of the Dead Pundits Society. He also does a regular segment on The Michael Brooks Show called the Debunk. He lives in Norcross, Georgia.