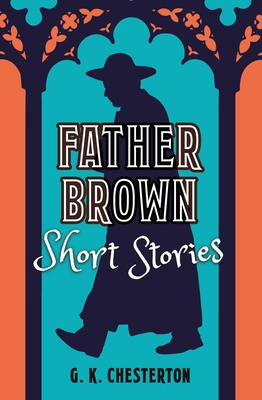 G. K. Chesterton's fictional amateur detective, the genial Father Brown, was greeted with huge enthusiasm when he first appeared in The Story-Teller magazine in 1910. Depicted with Chesterton's characteristic elegance and wit, this unworldly but perceptive priest-sleuth soon became a major figure in the world of whodunit fiction and continues to charm readers today.

This handsome hardback anthology contains 24 Father Brown short stories, including 'The Blue Cross', 'The Secret Garden', 'The Wrong Shape', and 'The Three Tools of Death', in which the unassuming Father exercises his formidable powers of intuition and analysis to solve a range of crimes.
Gilbert Keith Chesterton was born in Kensington, London in 1874. He attended St. Paul's School then went on to study illustration at the Slade School of Art before embarking on a career as a writer and journalist. He wrote a weekly column in the Daily News, then one in the Illustrated London News that ran for 30 years. He also established his own paper, G. K.'s Weekly, writing much of the content himself. Chesterton was a prolific author of novels, stories, essays, and plays.