Zap: Free Speech and Tolerance in the Light of the Zero Aggression Principle (Societas) (Paperback) 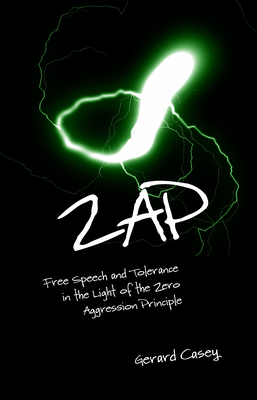 Zap: Free Speech and Tolerance in the Light of the Zero Aggression Principle (Societas) (Paperback)

We're all in favour of free speech -- except when we're not Often it's a case of 'free speech for me, but not for thee'. The regulation of speech is a matter that is typically dealt with arbitrarily without there being any obvious principled basis for the decisions that are made. Is hate speech, so-called, a form of free speech? What of blasphemy, in either its ancient or contemporary forms? Should certain forms of speech be mandatory?

As with free speech, we're all in favour of tolerance -- except when we're not Tolerance is increasingly coming to seem, well, intolerable and new and improved forms of intolerance are everywhere on the rise, not least as embodied in the currently fashionable doctrines of diversity, inclusion and equality.

In ZAP, Gerard Casey presents a critical and unified approach to both free speech and tolerance based on the Zero Aggression Principle, keeping the critical discussion topical and grounded by reference to current events.