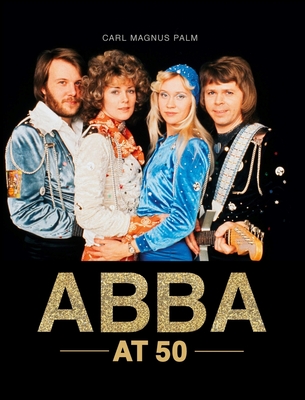 
Not On Our Shelves—Ships in 1-5 Days
An illustrated celebration of ABBA, from childhood through the Voyage album

Emerging victorious from Eurovision in 1974 with winning tune “Waterloo,” ABBA catapulted to fame and captured hearts across the world with their melodic and ever-so catchy pop songs. Formed in Stockholm in 1972 by Agnetha Fältskog, Björn Ulvaeus, Benny Andersson, and Anni-Frid Lyngstad, ABBA became one of the most commercially successful acts in the history of popular music, topping the charts worldwide from 1974 to 1982 with classic hits such as “Dancing Queen,” “Gimme, Gimme, Gimmie,” and “Knowing Me, Knowing You”. Their total record sales are estimated at more than 150 million; only the Beatles have sold more.

ABBA at 50 charts the journey of the Swedish quartet, from humble beginnings in post-war Sweden to global superstardom. Beautifully illustrated with essential images, it examines the group’s enduring legacy and much-loved musical repertoire of perfectly crafted pop. From the group’s outlandish outfits to the toll commercial success took on the private lives of the two married couples, this book is a must for all ABBA fans.
Carl Magnus Palm is regarded as the world’s leading ABBA historian. He has written or co-written eight ABBA books. Titles include, ABBA: The Complete Recordings first published in 1994 (Verulam) and revised and expanded in 2017, it won the Association for Recorded Sound Collections Award for Best Popular Music Discography in 2018; and the critically acclaimed Bright Lights Dark Shadows: The Real Story of ABBA, (Omnibus, 2001), the first comprehensive biography about ABBA. In addition Carl Magnus Palm has co-produced a number of television programs about the band.