War on Terror, Inc.: Corporate Profiteering from the Politics of Fear (Paperback) 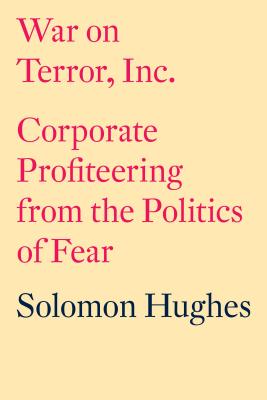 War on Terror, Inc.: Corporate Profiteering from the Politics of Fear (Paperback)


Not Yet Published—Pre-Order Now
War has always made people rich: from high-tech weaponry to construction and catering, war is a commercial bonanza. But as Solomon Hughes shows in this wide-ranging chronicle, the many incarnations of the War on Terror have dramatically extended the role of private enterprise, bringing market forces and market thinking to bear on areas of public policy that were once the sole preserve and responsibility of politicians and the state.

There will always be a private company willing to pitch for this fabulously lucrative business, whether supplying the additional soldiery which made the invasion of Iraq seem possible, or creating databases of people deemed to be a threat to national security. Surveying the activities of private contractors in the provision of frontline mercenaries, security services guarding key installations and VIPs, prisons and law enforcement, media management, and intelligence-gathering at home and abroad, Hughes demonstrated that the private sector and its army of lobbyists and salesmen are continuously lowering the practical and moral barriers to interventions of every kind, from torture and imprisonment without trial, to blanket surveillance of the civilian population, and to outright war. Meanwhile the state is evermore evasive when it comes to taking responsibility for the practices it authorizes via agreements drawn up under a veil of &lsquo;commercial privacy,&rsquo; and remains as inept as it has ever been at procuring efficiency and value for money from its contracts.

Who is behind companies that reap the dividend of the War on Terror, eagerly plugging the gap between what politicians would like to do – and frequently claim they can and must do – and what is actually possible? How close are they to our political decision-makers? Do they actually deliver what they are contracted to deliver? And at what moral and financial price? Hughes catalogs the appalling record of private contractors doing our governments&rsquo; dirtiest work, and asks how we can possibly justify delivering into commercial hands those area of public life which, above all others,&nbsp; demand the very highest standards of scrupulousness and integrity.
Solomon Hughes is a freelance investigative reporter who has written for the Observer, Guardian and Independent and In These Times. His work also appears regularly in Private Eye magazine.
&ldquo;Solomon Hughes digs deeps to come up with the nasty facts the Powers That Be wish to remain burried. A true investigative reporter with X-ray vision.&rdquo;—Greg Palast

&ldquo;Solomon Hughes, in various disguises, has been a consistent fact-excavator and truth-teller. This book is his tour de force.&rdquo;—John Pilger