The Void Ascendant (Beneath the Rising #3) (Paperback) 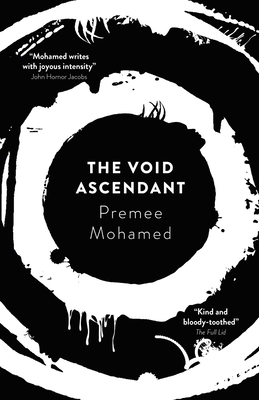 The Void Ascendant (Beneath the Rising #3) (Paperback)


Not On Our Shelves—Ships in 1-5 Days
The mindblowing, cosmic conclusion to the breakout Beneath the Rising trilogy.

Seven years ago, the last survivor of Earth crashed through uncountable dimensions to a strange new world. Nick Prasad found shelter, and a living, as a prophet for the ruling family—servants of the Ancient Ones who destroyed his home.

Now, he’s been offered a chance to rid the multiverse of the Ancient Ones, past and present and forever, although he’ll have to betray his new masters to do it.

The first step is jailbreaking a god—and that’s the easy part...
Premee Mohamed is an Indo-Caribbean scientist and speculative fiction author based in Edmonton, Alberta. She is the author of novels 'Beneath the Rising' (Crawford, Aurora, and Locus Award finalist) and 'A Broken Darkness,' and novellas 'These Lifeless Things,' 'And What Can We Offer You Tonight,' and 'The Annual Migration of Clouds.' Her short fiction has appeared in a variety of venues and she can be found on Twitter at @premeesaurus and on her website at www.premeemohamed.com.
“A galloping global adventure where lies and privilege are as villainous as the cthulonic forces our heroes must rush to stop.” -- Brooke Bolander on Beneath the Rising
— Brooke Bolander

“A wonderful adventure, rife with strange heart and weird horror.” -- Chuck Wendig on Beneath the Rising
— Chuck Wendig

“Expertly melding sci-fi, horror, and literary elements, this is an astounding examination of a shattered friendship.” -- Publishers Weekly on A Broken Darkness