The Art of Titanfall 2 (Hardcover) 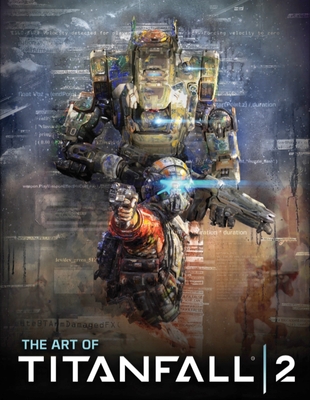 The Art of Titanfall 2 (Hardcover)


Not On Our Shelves—Ships in 1-5 Days
The Art of Titanfall 2 is the ultimate guide to the development of Respawn Entertainment’s fast-paced, visually stunning first-person shooter. Featuring an exclusive array of highly stylised concept art, sketches, 3D renders, maquette modelling, and commentary from key Respawn Entertainment team members, this is a must-have for any fan of the dynamic and destructive world of Titanfall
Andy McVittie has worked in the video games industry for more than twenty years and has written, edited and published such newsstand titles as Mean Machines, Nintendo Official Magazine and PlayStation Plus. He is co-director of media agency Unlikely Hero Limited, whose client list features Microsoft, and BBC Worldwide. He has authored several gaming books including The Art of Titanfall, and The Art of Rise of the Tomb Raider.
“Beautiful artwork and a hyper level attention to detail make this more than just an art book, but a doorway into the minds of the developers that help bring the games we love to play, to life.” - Xbox Addict

"Need a closer look at Titans BT-7274, Bison, Legion, Northstar, Scorch, Ronin and Tone?  This book has it." - Retrenders

“The Art of Titanfall 2 is a great book for fans of the franchise, but also for those of you who appreciate the creative process that goes into making a AAA title” -  Entertainment Buddha

“Art books like this one are a shining example of the wealth of used and unused artwork that make the games we play possible.” - Gaming Trend