Climate Change and the Future of Seattle (Hardcover) 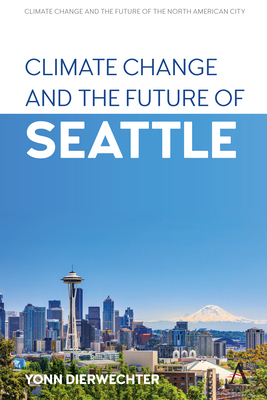 Climate Change and the Future of Seattle (Hardcover)

Seattle is one of the most politically progressive and economically dynamic cities in the contemporary United States, popularly known as the 'Emerald City' for its natural setting and environmental politics. This book explores a range of political, policy, and project efforts in Seattle and the wider region to mitigate and adapt to the formidable reality of global climate change. Developing a framework suggested originally by the Urban Climate Change Research Network, the book's core analysis considers both tantalizing progress and tangible problems in Seattle's climate action initiatives so far. The narrative explores how Seattle is integrating carbon mitigation with adaptation; advancing climate action networks; co-generating risk information; coordinating disaster risk reduction with climate change adaptation; and, most importantly, focusing on historically and geographically disadvantaged populations.

Linking together past, present, and future, Climate Change and the Future of Seattle argues that Seattle in the 2020s is less an 'Emerald City' than an 'Elite Emerald'. Income inequalities have grown while gentrification pressures have increased. Class structures have steadily shifted upwards, leaving the working poor and homeless especially vulnerable to climate change. Profoundly uncomfortable with this contradiction, local climate change efforts are shaped by mounting political concerns not only with mitigation-adaptation commitments and risk aversion policies to manage rising sea levels, warmer temperatures and more variable rainfall patterns, but also with reshaping a metropolitan space-economy that too often favors and consistently rewards the high-tech "cognitariat" over middle- and low-income households and communities of color.

Ultimately, Seattle cannot become post-carbon if it is not also post-polarized, resilient if not also just. The lessons that Seattle learns in pursuit of more inclusive climate action will thus be of abiding interest to cities and metropolitan regions across the United States and all around the world.

Yonn Dierwechter is Professor of Geography and Planning in the School of Urban Studies at the University of Washington, Tacoma. His research interests include spatial planning systems, city-regionalism, and new urban geographies of sustainability.