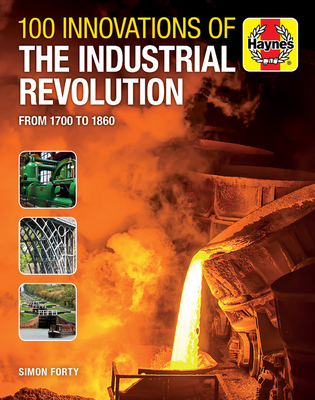 
Special Order—Subject to Availability
The Industrial Revolution changed our world in a way that few other events have: it changed the landscape with heavy industries using the plentiful supply of fossil fuels. It changed our lifestyles as urban life took over from rural. Wages brought freedom of travel and social mobility to many. The world of 1700 looked vastly different to that of 1800 as the foundations for the modern age were laid. 100 Innovations of the Industrial Revolution celebrates the major inventions and projects of the period 1700-1860, a period when science and technology began to establish its role in modern life.

Simon Forty was educated at Sedbergh School and London University's School of Slavonic and East European Studies. He has been involved in book publishing for over three decades and specializes in military history, having written and contributed to a large number of titles. Simon lives in Devon, England.