The Age of Assassins: Putin's Poisonous War Against Democracy (Paperback) 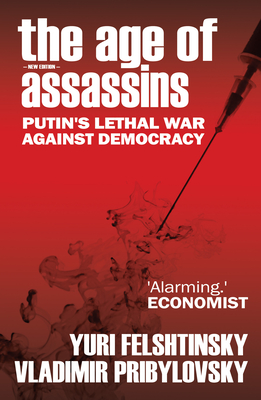 The Age of Assassins: Putin's Poisonous War Against Democracy (Paperback)


Coming Soon—Pre-Order Now
The Age of Assassins describes in gripping detail Vladimir Putin's ruthless rise to power in Russia from his earliest rise to power in 1991 as an insignificant former KGB officer in Berlin. He gained power over the entire country and its economy by determining elections through business deals and criminal intervention -- from sophisticated cheating right up to murder and poisoning.
Yuri Felshtinsky wrote Blowing up Russia with Alexander Litvinenko, whose 2006 assassination was ordered by Vladimir Putin the Litvinenko Public Inquiry found on 20 January 2016. He is a former Hoover Institute Fellow at the University of Stanford. Fifty-nine-year-old Vladimir Pribylovsky was found dead a week before the 2016-Litvinenko inquiry in Moscow in unexplained circumstances.