The Power of Letting Go: How to drop everything that’s holding you back (Paperback) 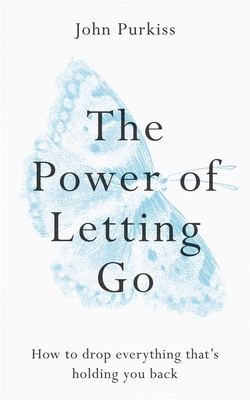 The Power of Letting Go: How to drop everything that’s holding you back (Paperback)

How to drop everything that's holding you back
The Power of Letting Go brings together a number of key principles that come up for anyone who is on the journey of self-enquiry and development. At some point, the choice becomes clear, whether to hold on or let go.

For many others, there are multiple layers and obstacles that have built up through one's life so far. Expectations, fear of uncertainty, well-worn inhibitive thought patterns, lack of trust, lack of acceptance, old trauma and hurt. Despite all this, there is a spark, a glimmer of hope that brightens at the thought of letting go and going with the flow, at following one's instincts and intuition rather than constantly second-guessing the outcome, at letting go of expectations and enjoying what is. This book combines both the why and the how to let go, with excellent practices that help convert the desire into action.

There are four stages to letting go:

John Purkiss studied economics at Cambridge University and has an MBA from INSEAD, where he was awarded the Henry Ford II Prize. He began his career in banking and management consultancy and has invested in several high-growth companies. John was a partner with Heidrick & Struggles prior to co-founding Purkiss & Company, where he recruits chief executives, finance directors and other board members. He has lived and worked in France, Belgium and the USA. John speaks French, German and Spanish. John has travelled widely and explored several traditions, including Advaita Vedanta, Buddhism, Kabbalah and Sufism. Over the past 20 years, John has become a regular speaker, in the UK and internationally.