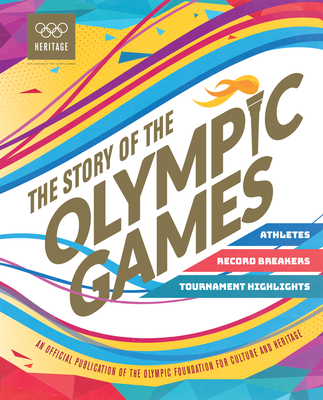 This first and only official children's book on the history of the Olympics--created in association with the Olympic Museum in Lausanne.

Introduces kids to the glorious history of the Olympic games, the world's greatest global sporting spectacle. This stunningly illustrated official history, written especially for children, charts the events from its origins in ancient Greece to its revival in 1896 and the 27 subsequent competitions. In addition to pages packed with exclusive photographs of the gripping action, legendary athletes, and artifacts that have defined each game, the book covers short-lived sports, groundbreaking firsts, fun fast facts, and much more. The Story of the Olympic Games will fascinate young fans and prepare them for the upcoming 2020 Games this summer in Tokyo.

The official and exclusive children's title charting the history of the summer Olympic Games, published in association with the Olympic Museum in Lausanne, a foundation of the International Olympic Committee. Features color photographs and artworks from the archives of the Olympic Museum, including portraits, action shots and images of memorabilia from every summer Game, namely Athens 1896 to Rio 2016.

Written with the full cooperation of the official Olympic Museum in Lausanne, a foundation of the International Olympic Committee.