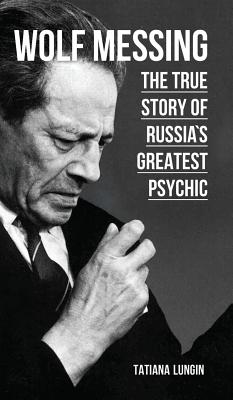 
Not On Our Shelves—Ships in 1-5 Days
(This book cannot be returned.)
This Wolf Messing memoir by Tatiana Lungin presents a revealing portrait of one of the greatest psychic performers of the 20th century. Lungin chronicles Messing's incredible life and career, and provides an inside look at psychic research behind the Iron Curtain. Born a Polish Jew, young Messing gained an international reputation as the world's greatest telepath while touring Europe together with the famous Busch Circus. In Vienna, Messing met Albert Einstein who brought him in contact with Sigmund Freud. In 1937, after Messing publicly predicted the downfall of the Third Reich, the Nazis placed a sizable bounty on his head. Wolf Messing miraculously escaped capture by the Gestapo and fled to Russia. In the USSR, Messing thrilled audiences in packed theaters across the country. Here he was in the Marxist society dominated by Joseph Stalin, the man who had officially abolished ESP, yet was intrigued by Wolf's abilities.