New York in the Snow: A Magical Vision of New York City (Hardcover) 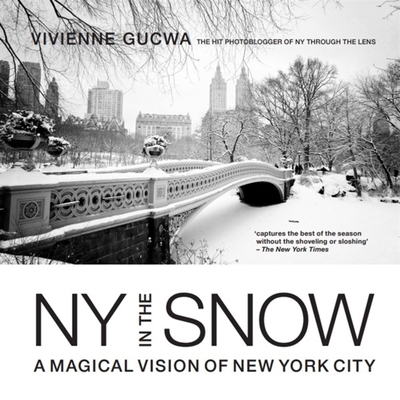 New York in the Snow: A Magical Vision of New York City (Hardcover)


On Our Shelves Now at:
One photographer's passion project; a stunning collection of unique, enchanting images of a seasonal snowy New York that everyone can cherish

The iconic city of New York is a bustling, heady metropolis that, thanks to the power of media, everyone in the world knows intimately, even if they've never been. But every once in a while it changes completely. At first a few flakes will fall, then more, and more. Hardened New Yorkers rush for warmth and, while they're absent, an amazing, glistening almost deserted winter wonderland momentarily appears.

It is these moments that phenomenally popular photo-blogger Vivienne Gucwa lives for. She has been documenting them for more than a decade, rushing out to capture the city in snow. Of all the photos that have made her the celebrated, award-winning success that she is, it is these that are most loved, both online and in print. Here they are offered in a sumptious volume to be enjoyed by anyone who loves New York, whether from afar, as an occasional visitor, or if you've never left the Big Apple.
Vivienne Gucwa, a native of Queens, began shooting New York City in the early 2000s with no formal training and just a simple point-and-shoot camera. It was not until 2010 that she began publishing the resulting photographs on her blog. Now she shoots assignments around the world, her work is followed by millions and she has won acclaim across the industry and the media alike most recently being named Sony's 9th Artisan of Imagery.