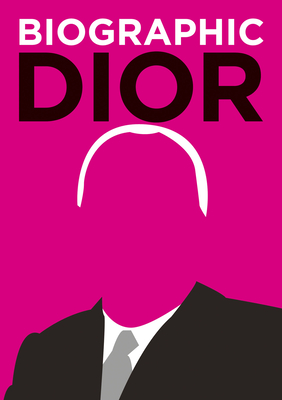 
Special Order—Subject to Availability
Many people know that Christian Dior (1905–1957) was a French fashion designer, the founder of the world famous fashion house that carries his name. What, perhaps, they don’t know is that he once owned a small art gallery selling work by artists including Pablo Picasso; that he employed a young Yves Saint Laurent as his assistant; that he included a garment in each of his shows named after his home town of Granville; and that he had a superstitious belief in the number 8, with the house of Dior being housed over 8 workshops in an 8-storey building in the 8th district of Paris. This book presents a visual catwalk through his life and work, with an array of irresistible facts and figures converted into infographics to reveal the genius behind the garments.
Liz Flavell is a former music journalist who writes and edits reference books.
“The Biographic Series is an exciting new collection of biographies about some of the world’s greatest thinkers, writers, artists and cultural innovators. Whilst each book could be read cover to cover, readers are more likely to randomly select pages, stopping and pausing to find out more about the subject . . . The infographics are visually appealing and entertaining, perhaps reinvigorating an interest in the subject . . .The legacy of artists, such as Monet and Van Gogh are particularly well documented in their Biographic.” —Armadillo magazine