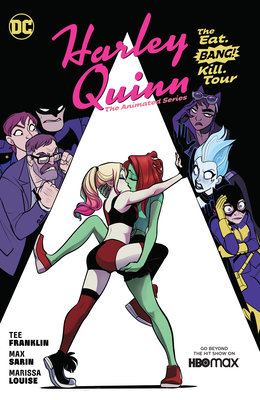 
Coming Soon—Pre-Order Now
Hey, do you wanna see Harley and Ivy go on a road trip and make out??? Picking up directly from the cliffhanger ending of Harley Quinn: The Animated Series, Harley and Ivy are on the run in a Thelma-and-Louise journey, it's all here!

Harley and Ivy on the road trip of the century! Following the wedding disaster of the decade, Harley Quinn and Poison Ivy end up on the run from Commissioner Gordon and the GCPD! But as fun as all that sounds, Ivy still worries over leaving Kite Man at the altar... Luckily, Harley's got the perfect scheme to shake her out of her wedding-day blues!