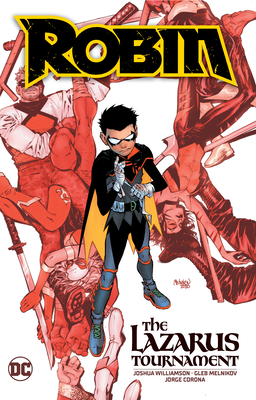 
Backordered
Damian Wayne will be forced to find his own path as Robin away from both sides of his family—his father, Bruce Wayne, the Dark Knight, and his mother, Talia al-Ghul, the daughter of Ra’s al Ghul, the ecoterrorist known as The Demon’s Head!


After learning of the deadly League of Lazarus tournament, Damian Wayne has a new mission: win the tournament and prove he is the greatest fighter in the DC Universe! But first he must find the secret island where it’s all going down!

Joshua Williamson lives in Portland, Oregon. His career as a comics writer kicked off in 2007, and since then he has done a number of books for Shadowline, Image, Desperado Publishing, Kick Start, and DC Comics. He has written the Uncharted limited series based on the bestselling video game, Voodoo, and Marvel's Illuminati and Red Skull. He is currently writing Infinite Frontier, Robin, and Batman/Superman for DC.