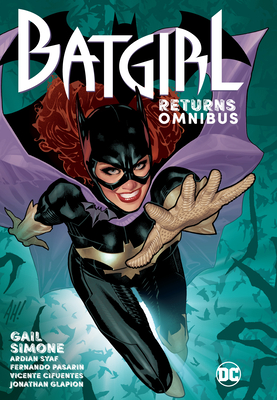 
Special Order—Subject to Availability
Batgirl's Back!

Three years ago, Barbara Gordon, a.k.a. Batgirl, nearly lost her life when the Joker shot her through the spine. Barbara survived, but her injuries were severe—complete loss of mobility from the waist down.

She adjusted to life using a wheelchair, but she never quite adjusted to being out of the fight. Though her injuries didn’t stop her from helping the Bat-Family in other ways, Batgirl was retired.

Now, a new experimental treatment has done the impossible— restored her ability to walk. With her body healed, Babs is back in the cowl. But as she struggles with her own PTSD and other heroes who now treat her like glass, Barbara still has a long way to go to feel like Batgirl again.

Gail Simone is an American writer of comic books. Best known for penning DC's Birds of Prey, her other notable works include Secret Six, Welcome to Tranquility, The All-New Atom, Deadpool, Wonder Woman, and Batgirl.