Black Beach: 491 Days in One of Africa's Most Brutal Prisons (Paperback) 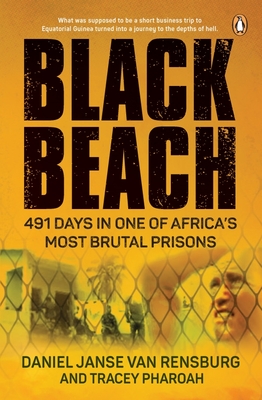 Black Beach: 491 Days in One of Africa's Most Brutal Prisons (Paperback)


Backordered
Black Beach, located on Bioko island off the mainland of Equatorial Guinea, is one of the world's most feared prisons, notorious for its brutality and inhumane conditions. In 2013, South African businessman Daniel Janse van Rensburg set off to the West African country to finalize a legitimate airline contract with a local politician. Within days, Daniel was arrested by the local Rapid Intervention Force, had his passport confiscated, and was held prisoner without trial in the island's infamous 'Guantanamo' cells, where he witnessed torture for the first time. He was released by the courts but promptly re-arrested, and this time taken to Black Beach.

What follows is his remarkable story of survival over more than a year, made possible by his unwavering faith and the humanity of a few fellow inmates. In a thrilling first-person narrative, Daniel relives his ordeal, detailing his arrest, his flight to the South African embassy while dodging armed men, his near escape and subsequent re-arrest at the airport, his harrowing incarceration at Black Beach and the horrific conditions in the prison, and his ceaseless hope to return to South Africa and be reunited with his family. A story of courage in the face of overwhelming adversity, this book demonstrates both the strength of the human spirit and the toll injustice takes on ordinary people who fall foul of the powerful and corrupt.