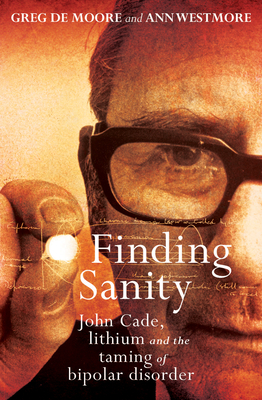 
Special Order—Subject to Availability
In 1948, there was no medication for bipolar illness. Sufferers from the illness would live their lives—if they survived—in and out of asylums accumulating life's wreckage around them. But late in 1948 that changed, when an Australian doctor, John Cade, discovered a treatment that has become the gold standard for bipolar illness—lithium. John Cade changed the course of medicine with his discovery of lithium; yet today most doctors have never heard of his name. His discovery has stopped more people from committing suicide than a thousand help lines, yet few counselors know of him. And it has saved hundreds of billions of dollars in health care costs—enough to rival a nation's economy—but you can bet that no politician has the slightest idea of who John Cade was. Lithium is the penicillin story of mental health; the first effective medication discovered for the treatment of a mental illness; and a great story in the history of mental health.
Greg de Moore is an Associate Professor of Psychiatry based at Sydney's Westmead Hospital. He is the author of Tom Wills, which was short-listed for and won numerous awards, including the National Biography Award. Ann Westmore is an Honorary Fellow in the Health Humanities and Social Science Unit, School of Population and Global Health, the University of Melbourne.