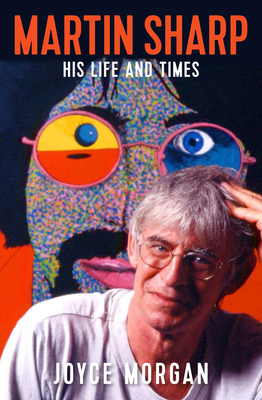 
Special Order—Subject to Availability
Martin Sharp's art was as singular as his style. He blurred the boundaries of high art and low with images of Dylan, Hendrix and naked flower children that defined an era. Along the way the irreverent Australian was charged with obscenity and collaborated with Eric Clapton as he drew rock stars and reprobates into his world. This richly told and beautifully written biography captures the loneliness of a privileged childhood, the heady days of the underground magazine Oz and the exuberant creativity of Swinging London and beyond. Sharp pursued his quixotic dream to realize van Gogh's Yellow House in Australia. He obsessively championed eccentric singer Tiny Tim and was haunted by Sydney's Luna Park. Charismatic and paradoxical, he became a recluse whose phone never stopped ringing. There was no one like Martin Sharp. When he died, he was described as a stranger in a strange land who left behind a trail of stardust.
Joyce Morgan is a former arts editor of The Sydney Morning Herald, a journalist and author of Journeys on the Silk Road.