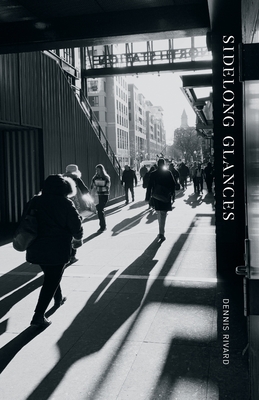 Sidelong Glances is the official debut of poet Dennis Rivard. Dennis began his poetry journey in 1970, and continues to produce poetry despite his diagnosis of early onset Alzheimers. This volume includes 97 very-accessible selections that poetically describe Rivard's struggles with his recent memory loss as well as a lifetime of depression and introversion, melodic musings on nature, the universe, American culture and romance.

Dennis was born and raised in the southeastern Massachusetts port city of New Bedford. His poetry was shaped by early wanderings as a cross-country, hitch-hiker who explored alternate religions and the beauty of America.

Readers will find the selections shaped by the author's struggle with early-Alzheimers a most poignant picture of the ravages brought on by this mysterious disease that afflicts more than 6 million Americans.

10% of proceeds will be donated to various Alzheimer's-related organizations.