Saving the World One Case at a Time (Hardcover) 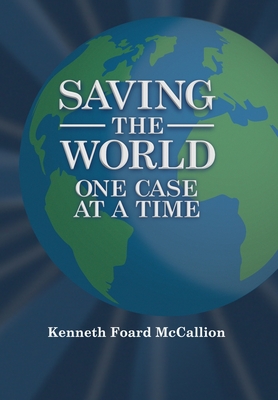 Saving the World One Case at a Time (Hardcover)

In the United States, the right of both citizens and non-citizens to file civil lawsuits is one of the most cherished rights available to ordinary people. Saving The World One Case at a Time by former federal and New York state prosecutor Kenneth Foard McCallion gives readers an inside look into how certain legal cases can change the world for the better. It dives deep into many of the highly-publicized cases McCallion has worked on throughout his career, including the Exxon Valdez oil spill, the Bhopal India Gas Disaster Case, the Holocaust Claims cases, the World Trade Center attack on September 11, 2001, as well as many lesser-known cases fought on behalf of ordinary people who have been deeply wronged. Written as a primer for the uninitiated, as well as those with some familiarity with the American judicial system, Saving The World One Case at a Time is a book about real people: the plaintiff-victims, the lawyers, the judges, and other participants in the legal system. It goes beyond the headlines and shows how the right of ordinary citizens to pursue justice in a court of law is a precious right worth fighting for.