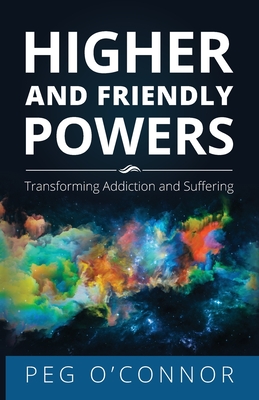 An expansive alternative for those who have struggled with the "higher power" of AA's 12-step program, Higher and Friendly Powers offers a sense of human decency, moral ideals, and even a better version of oneself. In Higher and Friendly Powers, Peg O'Connor addresses an audience much like herself: those in recovery who have struggled with the Christian-centric God at the heart of Alcoholics Anonymous. She brings our attention to a little-known fact: the term "higher power," a touchstone in the twelve steps of Alcoholics Anonymous, was coined by William James, philosopher, psychologist, and intellectual giant of the early 20th century. By acting as our personal field guide through the world of William James, Peg shows that "higher power" as James conceived it is far more expansive than we might imagine. The book, which combines Peg's deep personal wisdom with James's adventurous intellect, has the power to transform the way we live.