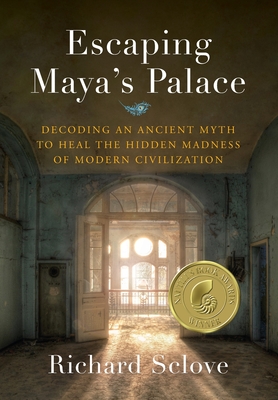 An ancient myth's hidden meaning launches a mind-bending inquiry into the madness of modern civilization.

A celebrated saga from ancient India tells of a young king who mysteriously shifts character and gambles away his kingdom. By unraveling this legend's secret meaning, Escaping Maya's Palace launches a sleuthing expedition into a distortion in psychological and spiritual growth that lies buried deep at the root of modern civilization. Today this undetected malady contributes to woes ranging from opioid addiction to social alienation, the rise of authoritarian populism, and environmental catastrophe.

Informed by long-lost wisdom from the Mahabharata, one of the great epics of world literature, award-winning author Richard Sclove explains how our civilization descended into this blighted condition. Integrating a missing psychological dimension into social theory and world history, this intellectually daring and engrossing work clears a path for remaking modern politics and economics, social movements, and daily life. This book's profound insights offer renewed hope to a world in crisis.