Across the Creek: Black Powder Explosions on the Brandywine (Paperback) 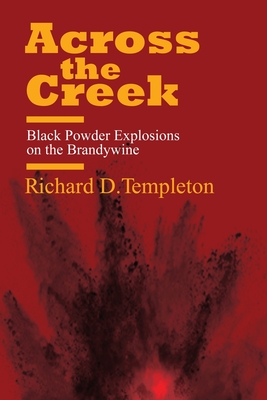 Across the Creek: Black Powder Explosions on the Brandywine (Paperback)

For the first time, the hidden history of black-powder explosions and those who lost their lives in them is told in searing detail. Across the Creek, which takes its title from the powder workers' euphemism for dying in an explosion (as in "he went across the creek), tells the stories of all the 235 people who perished in detonations experienced over the 120 years of powder making at the du Pont mills on the Brandywine Creek in Northern Delaware.

Their stories are filled with pathos, irony, terror, and, of course, tragedy. The book looks at the lives of the blue-collar workers whose guts and brawn provided the backbone for the beginnings of one of America's best-known companies. It also examines the close relationship the workers and their families had with their employer, and how the owners reacted when one or more of their powdermen, or their kin, perished making the volatile substance that was their first product.

Media reports of the explosions are a prominent part of the story, reports that often titillated the reading public with the goriest of details of the victims' physical condition after a blast. Reporters of the time spared no attribute in describing the effects of powder explosions on human flesh and bone, despite the real possibility that the workers' family might read the news.

Nor did they shy away from descriptions of the destruction of flora and fauna and the man-made structures that made up the powder mill community.

But the key to the book is the men and their families, their employers and the work environment that often erupted in massive detonations of the volatile substance they willingly produced.

Most of the stories of these brave, hard-working men and their families are told here for the first time. The reader will come away from finishing the book with a newfound appreciation for what the men and women of the 19th and early 20th centuries did to earn a living.