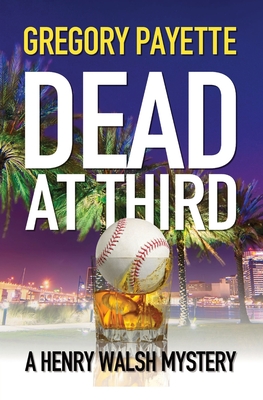 He knows he's more than just another washed-up ex-cop. Solving a murder will help him prove it...

A straight-shooter who lives on his boat and likes a drink or two, Henry's frustrated he can't even land work as a dispatcher. And his job running security for a local baseball team is far from his idea of excitement.

But it pays the bills. The morning after the season ends, Henry's at his friend's bar with a Bloody Mary in one hand and a phone in the other. He takes a call that could change everything... Turns out a couple of fishermen pulled third baseman Lance Moreau's body from the St. Johns River. And his teammate's been arrested for the murder. The team's owner turns to Henry to help prove the cops have the wrong man. Henry knows working security in an empty ballpark is one thing. But investigating a murder? It won't be easy. Lucky for him he has Alex Jepson on his side. She's beautiful. She's tough. And as Henry likes to say...she's the one with the brains. They're a good match, in more ways than one. Now all they have to do is find the real killer...