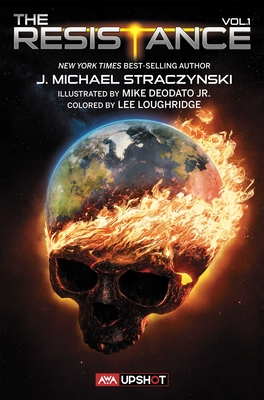 This is book number 1 in the The Resistance series.

J. Michael Straczynski – creator of Babylon5, co-creator of Sense8, and writer of beloved runs on The Amazing Spider-Man, Thor, and Superman: Earth One – returns to comics, teaming with Mike Deodato Jr. – the blockbuster artist of The Amazing Spider-Man, The Incredible Hulk, and Infinity Wars. Together they plant the flag for a new universe of heroes and villains for the 21st Century. As the world reckons with the appearance of these superpowered “reborns,” a small group of fighters takes on a military invasion in Eastern Europe.
Joseph Michael Straczynski is an American television and film screenwriter, producer and director, and comic book writer. He is the founder of Studio JMS and is best known as the creator of the science fiction television series Babylon 5 and its spinoff Crusade, as well as the series Jeremiah and Sense8.