European Daze: A Model Memoir: Adventures in How Not to Become a Supermodel (Hardcover) 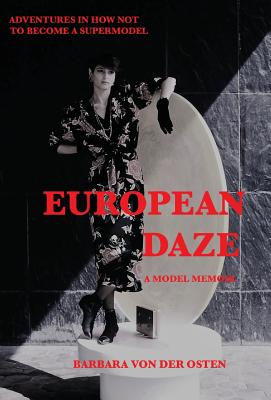 European Daze: A Model Memoir: Adventures in How Not to Become a Supermodel (Hardcover)

When Barbara von der Osten flies to New York City to attend open interviews at modeling agencies, more in support of her new friend Maria than the desire to model, she stumbles into a contract and soon enters the fast-paced world of fashion.

Before she can learn the ropes, her agency sends her off to Paris to gain experience and add magazine tear sheets to her portfolio, hoping to bring her back to New York in a few months. As Barbara immerses herself in the modeling world, she quickly learns the brutal truth of how it works. Fiercely independent, she clashes with her Paris agent, chastises flirtatious photographers in Milan, and retreats to Zurich before discovering her ancestral home, Germany, and falls into its open arms. Question is, will she ever return to New York?

European Daze is an insightful and revealing coming-of-age memoir, showcasing the world of modeling in the mid-1980s and one of the hundreds of models enmeshed in its folds. Barbara meets the frantic pace of the fashion world only to reach a point where she must decide who she truly wants to be.