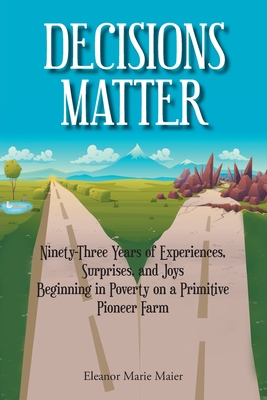 This is a true and inspiring story of one woman's quest not only to survive against the formidable odds of her pioneer beginnings but to rise to relative prosperity and is looking forward to the day when she will meet her Savior She shares her life learnings and adventures, including:

*How she rose from great poverty as a pioneer as an orphan at a young age in extreme backward conditions during the great depression in Northern Saskatchewan to relative prosperity and very comfortable retirement years.

*How a child of Canadian immigrants became a successful citizen of both Canada and the United States.

*Why she switched from being a Roman Catholic to becoming a Protestant.

*How she struggled, having married a devout Christian who became an ardent agnostic believing principally in reason; and finally, after fifteen years, returning to his faith.