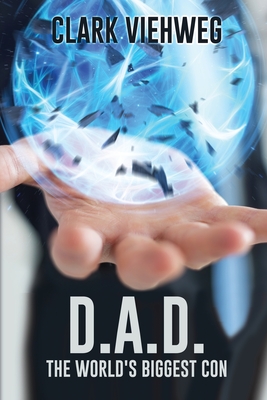 A father shares a fantastic dream of free energy for the world with his son. The father dies soon after that; years later, when the son is grown, he attempts to fulfill the vision. The dream becomes a nightmare when it becomes a race to see if he can make the dream a reality before being killed.

Josh Logan devises a clever ruse to introduce his father's free energy device into the world. While he expected some pushback from the establishment, he had plans to assuage their resistance. The overwhelming opposition and fierce attempts on his life came as a surprise.

Big oil, OPEC, and domestic and foreign governments try to kill Josh, his team and steal his machine. Several organized, armed, ruthless killers are after Josh, his helpers, and his father's machine. Is it possible for this scenario to become a reality? Can Josh realize his father's dream with killers from around the world dedicated to his demise?

D.A.D. is a high-wire thriller that will make your blood boil and keep you awake at night. This book is a stunning addition from Clark Viehweg's Hokee Wolf series and paranormal stories of the past. Be prepared to lose sleep when you read this action-packed novel of real-world possibilities.