Curating the American Past: A Memoir of a Quarter Century at the Smithsonian National Museum of American History (Paperback) 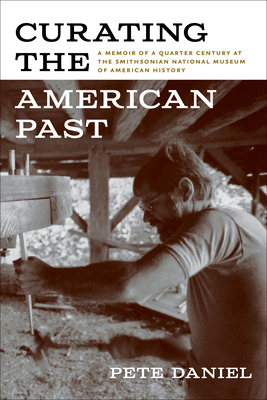 Curating the American Past: A Memoir of a Quarter Century at the Smithsonian National Museum of American History (Paperback)


In Stock—Click for Locations
In Curating the American Past, Pete Daniel reveals how curators collect objects, plan exhibits, and bring alive the country’s complex and exciting history. In vivid detail, Daniel recounts the exhilaration of innovative research, the joys of collaboration, and the rewards of mentoring new generations of historians. In a career distinguished by prize-winning publications and pathbreaking exhibitions, Daniel also confronted the challenges of serving as a public historian tasked with protecting a definitive American museum from the erosion of scholarly standards. Curating the American Past offers a wealth of museum wisdom, illuminating the crucial role that dedicated historians and curators serve within our most important repositories of cultural memory.
A former curator at the Smithsonian’s National Museum of American History and an award-winning historian of the American South, Pete Daniel was the first full-time public historian to serve as president of the Organization of American Historians. He co-curated Rock ’n’ Soul: Social Crossroads and Official Images: New Deal Photography, among several other major exhibitions. His books include Lost Revolutions: The South in the 1950s and Dispossession: Discrimination against African American Farmers in the Age of Civil Rights and Deep’n as it Come: The 1927 Mississippi River Flood.
“In Curating the American Past, Pete Daniel narrates his passage from the tobacco fields of North Carolina to the presidencies of leading historical organizations by way of the Smithsonian National Museum of American History, where he served as a curator for nearly three decades. His account is a must-read for public historians and every serious student of the rich, contested, and ever-unfolding American experience that Daniel’s lifework explores so insightfully and compassionately.”
—Joseph P. Reidy, author of Illusions of Emancipation: The Pursuit of Freedom and Equality in the Twilight of Slavery

“Pete Daniel is one of a kind, writing simultaneously as a veteran curator and a distinguished American historian. His lively memoir offers a sobering warning to the museum world and to all who study, teach, or care about American history.”
—Barbara J. Fields, Columbia University

“Reading Curating the American Past is like sitting down for a long and laugh-filled conversation illuminating Daniel’s love and respect for the people of the rural South, dedication to honest historical scholarship, and contempt for craven administrators who repeatedly proved only too eager to sell the soul of an institution to wealthy donors.”
—Bruce J. Hunt, University of Texas