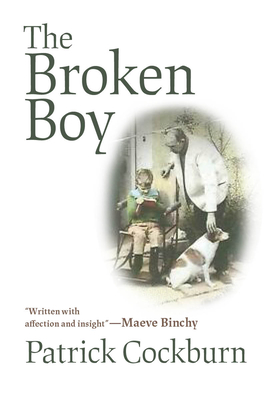 In this expanded edition of a widely praised book, now available for the first time in North America, the renowned journalist Patrick Cockburn looks at his experience of contracting polio as a child in the context of a new pandemic, that of COVID-19. The parallels between what happened 65 years ago and today's crisis are both striking and salutary.

Cockburn was just six when he woke up one day in the summer of 1956 with a headache and a sore throat. His parents, Claud and Patricia, had recently returned to Ireland, to their house in East Cork, careless of the fact that polio had broken out in Cork City. Patrick caught the disease and was taken to the fever hospital. The virus attacks the nerves of the brain and the spinal cord, leading to paralysis of the muscles. Patrick could no longer walk.

The Broken Boy is at once a memoir of Patrick Cockburn's own experience of polio, a portrait of his parents, both prominent radicals, and the story of the Cork epidemic, the last great polio epidemic in the world.

Patrick Cockburn is currently Middle East correspondent for the Independent and worked previously for the Financial Times. He has written four books on Iraq's recent history--The Rise of Islamic State, Muqtada al-Sadr and the Fall of Iraq, The Occupation, and Saddam Hussein: An American Obsession (with Andrew Cockburn)--as well as a memoir, The Broken Boy and, with his son, a book on schizophrenia, Henry's Demons, which was shortlisted for a Costa Award. He won the Martha Gellhorn Prize in 2005, the James Cameron Prize in 2006, the Orwell Prize for Journalism in 2009, the Foreign Commentator of the Year in 2013, and the Foreign Affairs Journalist of the Year in 2014.