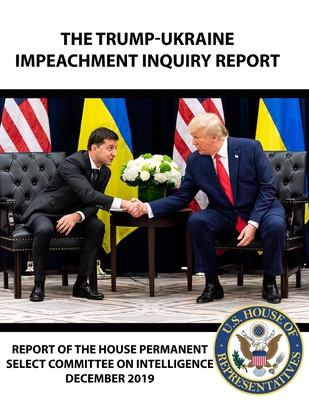 By U. S. House o Committee on Intelligence


Special Order—Subject to Availability
(This book cannot be returned.)
This report reflects the evidence gathered thus far by the House Permanent Select Committee on Intelligence, in coordination with the Committee on Oversight and Reform and the Committee on Foreign Affairs, as part of the House of Representatives' impeachment inquiry into Donald J. Trump, the 45th President of the United States.The report is the culmination of an investigation that began in September 2019 and intensified over the past three months as new revelations and evidence of the President's misconduct towards Ukraine emerged. The Committees pursued the truth vigorously, but fairly, ensuring the full participation of both parties throughout the probe.