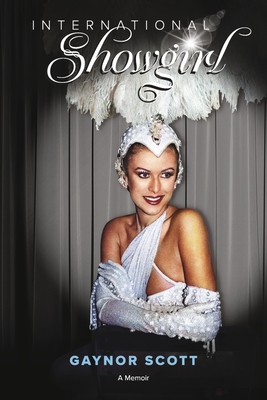 
Not On Our Shelves—Ships in 1-5 Days
International Showgirl, Gaynor Scott shares her fascinating story about her life as a professional showgirl, dancing around the world in some of the most famous and prestigious cabaret shows.
This beautifully written memoir transports us to the diverse countries and cultures where she danced and lived. From Madrid to Paris, Monte Carlo, Mallorca, Lanzarote, Tenerife, Jersey, Switzerland, Japan and on-board cruise ships, we experience the journey through Gaynor's eyes.
A behind the scenes view into the life of a professional showgirl. The glamour, dancing and mixing with the rich, royals and famous.
The hard work, competitive auditions and expectations required to have the perfect dancer's physique.
The romance and heartbreaks she experienced both on and off stage throughout her career for more than 12 years, living her dream.
Gaynor was 17-years old when she attended the audition that changed her life at Pineapple Dance studios in London. After a nerve-wracking audition she was offered her first Professional dancing contract in Spain and a few weeks later, jetted off to Madrid.
Following an intensive rehearsal period, she was soon performing with Spanish celebrities and learned the art of being a showgirl, not just a dancer.
It all seemed a million miles away from her life in Stoke On Trent where she had grown up.
On her next contract in Italy, she found herself in a seedy club where the 'hostesses' earned their money by getting customers to buy bottles of Champagne. The customers seemed to think that the hostesses were included in the price. The dancers fled in the night, seeking refuge with a local family until they could take the overnight train from Italy to Paris and back to UK. Weeks later she was back in Paris, starting her next contract, where she performed at La Nouvelle Eve as a classic feathered showgirl and performing the famous French Cancan.
At the end of the contract, she successfully auditioned for the legendary Miss Doris at the Moulin Rouge and became one of the famous "Les Doriss girls" in Monte Carlo , where she found herself drinking vintage champagne and mingling with royalty.
The Monaco highlife and partying took its toll and she was axed from the show due to gaining weight.
Three days after she left Monaco, she was on a plane to Mallorca for her next summer season contract and then to Lanzarote for winter, where she fell in love with a local. He invited her to sail around the Caribbean with him on his yacht and she briefly left the dancing world to do this with him for a few months, but after discovering he was cheating on her, she threw herself back into dancing around the world again. From snow filled villages in Switzerland, traditional Japanese onsen towns, surrounded by Geisha girls and temples, golden beaches and leafy lanes In Jersey, Channel Islands, where Gaynor reconnected with her family and finally on-board cruise ships, where she loved waking up in a different port each day. A truly interesting and inspiring story to work hard and dream big.
Author Gaynor Scott lives between Jersey, Channel Islands and Dubai, UAE with her family and dogs. Having published her memoir about her life as a dancer performing around the world, she is currently revisiting all of the countries where she performed.