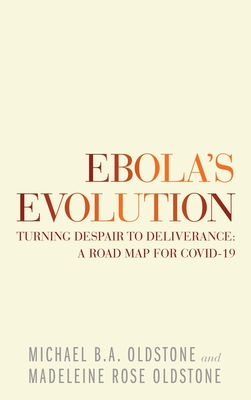 By Michael B. a. Oldstone, Madeleine Rose Oldstone

This book provides an intimate portrait of multiple outbreaks of Ebola in Africa and reveals how the results of that experience can help us fight COVID-19.
Michael B.A. Oldstone, who led the Viral-Immunobiology Laboratory at the Scripps Research Institute worked with Ebola, teams up with Madeleine Rose Oldstone to give a detailed account of the 2013-2016 and 2018-2020 Ebola outbreaks.
The authors trace the origin of the disease, its spread like a tsunami thru Guinea, Sierra Leone and Liberia, the collapse of economies, and the development of anti-viral therapies against Ebola. They compare the outbreaks of one of the world's deadliest viruses with today's struggle to overcome the COVID-19 pandemic.
You will gain intimate knowledge of a deadly pathogen that devastated a region of the world that lacks resources to fight it, and learn why the world was unprepared for the Ebola outbreak. You will meet people who fought heroically with limited resources, including Sheik Kahn who died fighting Ebola and was declared a national hero by the Sierra Leone government, Pardis Sabeti, a geneticist working in infectious diseases from Harvard and MIT who was named "Scientist of the Year" by Time magazine, and Robert Garry, who headed the fight against viral hemorrhagic diseases and kept the White House and the press informed. Sabeti and Garry worked with Oldstone and provided information about the outbreak to the authors, making the narrative particularly incisive and timely.
Ebola's Evolution will give you a fast paced, detailed, and fascinating picture of a feared disease that killed thousands of people and threatening to become a global pandemic before it was stopped.

Michael B.A. Oldstone was head of the Viral-Immunobiology Laboratory at The Scripps Research Institute, devoting his career to understanding viruses, the diseases they cause, and the host's immune response to control these infections. Part of his work was done in Africa, in Sierra Leone, an Ebola hotspot from 2013-2016. His work led to numerous national and international prizes and election to the National Academy of Science and the National Academy of Medicine. He served on the SAGE executive board of the World Health Organization and as a WHO consultant for the eradication of polio and measles viruses. He is also the author of Viruses, Plagues, and History. Madeleine Rose Oldstone is a graduate of the College of Diplomacy from Seton Hall University and obtained a master's degree from American University's School of Public Affairs in Public Policy. Her interests and work are in world health problems, policy, and diplomacy.