Beyond the Mask Lib/E: How My Tragedy Sparked an Incredible Life: Lessons I Might Never Have Learned (Compact Disc) 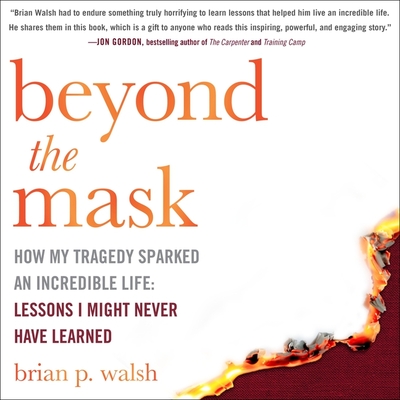 Beyond the Mask Lib/E: How My Tragedy Sparked an Incredible Life: Lessons I Might Never Have Learned (Compact Disc)


Special Order—Subject to Availability
Minutes before Brian Walsh, then just a teenager, heard his beeper go off, calling him to help put out another fire, he was on top of the world. An hour later, after a freak flashover and confusion that sent the junior firefighter into the inferno against regulations, Brian had suffered such profound burns to his face that he was unidentifiable to his fellow firefighters. Nearly everyone expected him to die that night. He did not. Nearly everyone expected him to die in the burn unit where, over the next month, every other patient died. Nearly everyone, including family and friends, expected Brian to choose a professional life that would keep him from showing his face, and the personal life of a hermit. He did not. Decades later, Brian is an extraordinarily successful and renowned financial planner, family man, community fixture, philanthropist, motivational speaker, and industry leader. In this stirring autobiography, he tells his incredible story, sharing the lessons that only tragedy could teach and how they helped him--and can help anyone--achieve greater success, inside and out.