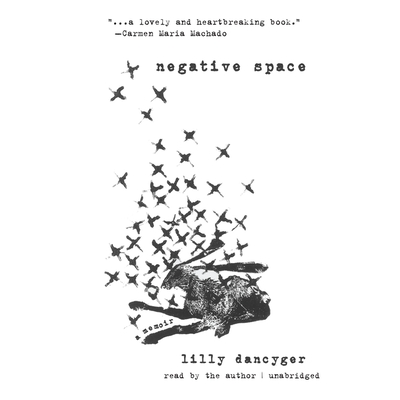 A memoir from the editor of Burn It Down: Women Writing About Anger, Negative Space explores Dancyger's own anger, grief, and artistic inheritance as she sets out to illuminate the darkness her father hid from her, as well as her own.

Despite her parents' struggles with addiction, Lilly Dancyger always thought of her childhood as a happy one. But what happens when a journalist interrogates her own rosy memories to reveal the instability around the edges?

Dancyger's father, Joe Schactman, was part of the iconic 1980s East Village art scene. He created provocative sculptures out of found materials like animal bones, human hair, and broken glass and brought his young daughter into his gritty, iconoclastic world. She idolized him--despite the escalating heroin addiction that sometimes overshadowed his creative passion. When Schactman died suddenly, just as Dancyger was entering adolescence, she went into her own self-destructive spiral, raging against a world that had taken her father away.

As an adult, Dancyger began to question the mythology she had created about her father--the brilliant artist, struck down in his prime. Using his sculptures, paintings, and prints as a guide, Dancyger sought out the characters from his world who could help her decode the language of her father's work to find the truth of who he really was.