Your Honor, Your Honor: A Journey Through Grief to Restorative Justice (Paperback) 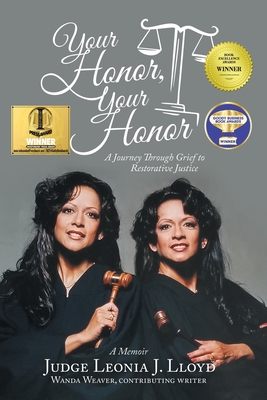 Your Honor, Your Honor: A Journey Through Grief to Restorative Justice (Paperback)


Not On Our Shelves—Ships in 1-5 Days
(This book cannot be returned.)
In 1949, twin sisters came into this world surprising everybody including their parents and the doctor because he heard only one heartbeat. On a path ordered by God, the twins touched the lives of many in their roles as teachers, attorneys, and judges. The rocky road the twins followed to achieve these professions was God's way of preparing them for life. In Your Honor, Your Honor, author Judge Leonia J. Lloyd tells the story of this dynamic duo whose professional careers led them to become models, schoolteachers, and entertainment lawyers. Eventually, with their unique moniker, Twins for Justice, they became the first identical-twin district court judges to sit on the same bench at the same time in the country. Focusing on restorative justice, their careers were on a meteoric rise until the unexpected and sudden death of Judge Leona Lloyd put an abrupt halt to their successful lives together. Lost and alone, Leonia was in the storm of her life; despair had an iron clad grip around her. She turned to God for guidance, and her prayers were answered. Your Honor, Your Honor chronicles her life experiences including her relationship with her twin, her struggles against racism, her account of the grieving process, and her stride toward justice.
Judge Leonia J. Lloyd's careers as a model, teacher, lawyer, and judge have spanned more than fifty years. She shared all her careers with her identical twin sister, Judge Leona L. Lloyd. She and her sister received their Bachelor of Science degrees in Education and Juris Doctorate law degrees from Wayne State University. In compliance with her commitment to the community, in 2001, in memory of her sister, Judge Lloyd endowed a scholarship foundation at Wayne Law that assists students pursuing a law degree. Every year, the scholarship foundation presents scholarships to deserving law students. She has been presented with numerous awards for her work in the field of substance abuse and recovery, as well as, her work with veterans. She lives in Detroit, Michigan.