From Convicted to Cop: How a Convicted Drug Dealer Became a Police Officer (Paperback) 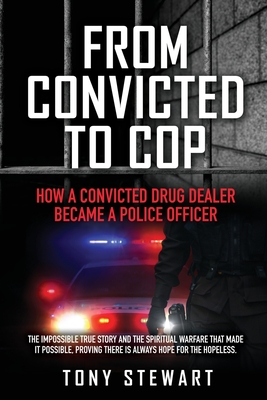 From Convicted to Cop: How a Convicted Drug Dealer Became a Police Officer (Paperback)


Not On Our Shelves—Ships in 1-5 Days
Every word of my autobiography is accurate. Heavenly angels and demons from Hell fought over my life. Most battles were hidden. It was years before I realized they existed at all. Intercessory rescues came that can only be described as "miracles." The devil's most notable victory is to make people believe that he does not exist at all. This story proves otherwise and helps you spot and avoid losses before their damage becomes final. Horrible events in my life are shared to prove that there is a way to return hope to even the most hopeless. If I can return from the evil that overcame me, anyone can You or someone you care about can avoid life's "Trouble Traps" too. From ages five to nine, I lived through things no one should experience. The evil that surrounded me stole my hope and peace, sent loneliness as a replacement, and put me into an orphanage. Throughout the following years, death and murder came for me more than once. Eventually, I was convicted as a violent drug dealer and spent time in civilian and military jails. During those years, I claimed and earned the title of "Evil Me." My future was filled with hopelessness. Today, I have peace, hope, and joy. I am no longer known as "Evil" or "Hopeless Me." Instead, I have eternal peace Today, I have no criminal history. Later, I was able to become a police officer. How? No matter your past, hope can be found. It is closer than you think. Miracles and intercession came to rescue me. The same can happen to you or someone you care about, no matter how hopeless.