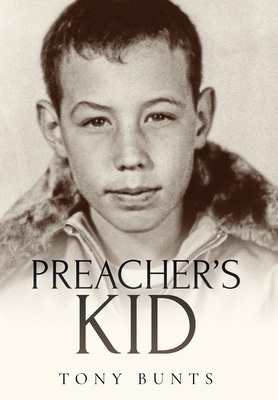 
Not On Our Shelves—Ships in 1-5 Days
Being a member of a preacher's family brings on a myriad of expectations. The preacher's wife must always project an image of being in tune with godliness. That is a learned condition where she walks around with an angelic smile and speaks softly to the congregants and is always available with a sympathetic ear and assurances that she will bring up their concerns to the pastor.The preacher's progeny is expected by everyone to be an example that all people can point to as a kid that the congregants can hold up to their normal children to aspire to. This is not only the expectation of the congregants but also of the preacher. Their mother, who did not get the calling, is responsible to see that they live up to their expectations as the preacher is too busy counseling the congregants and their children.It is expected of a preacher's kid, that they attend and lead in children and youth groups and that they by example extend the Christian teachings of their father. Also, is expected that a preacher's kid is not worldly. He or she does not really know what life is all about for those who must struggle in the real world to survive. He or she have never been subjected to the words that get a mule team moving on a cold morning or the vagrancies of a Jersey cow who will only quit kicking at the milk bucket when she is told loudly that she is about to receive a swift kick in the ass with proper invectives. They don't really know what life is all about and therefore are really not viable functioning people like normal kids are.Of course, there is the other expectation of the maverick preacher's kid. He is the kid that gets in trouble just like any normal kid and because he or she does not participate in the ministries to the church is considered a bad seed and unfortunately hinder the ministry of the preacher to his congregants.The following is the story of a real preacher's kid and his family from the recollections of a preacher's kid.