The Fall of the Congo Arabs (Paperback) 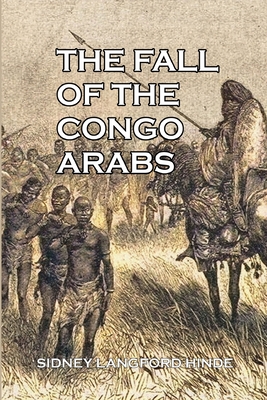 The Fall of the Congo Arabs (Paperback)

A first-person account of the two-year-long combined European military campaign in central Africa aimed at removing the Arab Muslim slave-trading empire and potential Khalifa that was developing in that region.

The author, a British military veteran, served as an important commander of the European-led forces, bolstered by local recruits, and played a significant role in the ultimate defeat of the slave-trading forces.

The Arab slave traders, under the overall command of Sefu, the son of the infamous Tippu Tip, nearly overran all of central Africa before being turned back towards their jumping-off point, the island of Zanzibar on Africa's east coast. This dramatic turn of events, as narrated in Hinde's book, saw intense fighting rage up and down the Congo River and its tributaries.

Victory was ultimately to go to the Belgian Force Publique, led by Francis Dhanis.

This firsthand account tells the course of the war, and Hinde's personal observations of the Congo, its people, and the Arab slave trade in general.

Completely reset, with all the original illustrations and maps, and a new index.