Island in a Puddle 5 (Paperback) 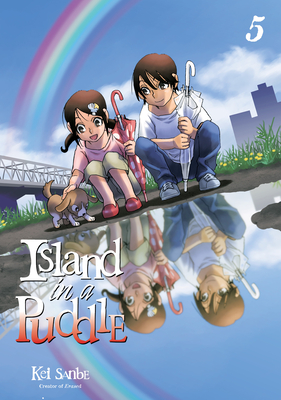 Island in a Puddle 5 (Paperback)

This is book number 5 in the Island in a Puddle series.

THE FINAL SHOWDOWN
Reunited with Nagisa, Minato (in Kuromatsu's body) suddenly finds himself at the scene of a deadly clash between secret criminal mastermind Tsubaki and one of Tsubaki's fellow detectives. Futaba confirms beyond a doubt that something is terribly wrong with the Myojin boy, while Kuromatsu quietly tightens his grip on her, setting the stage for this exciting conclusion to Island in a Puddle!
Kei Sanbe is creator of the hit Erased, which was adapted into a popular live-action film and anime. Sanbe's latest work is Island in a Puddle, which is being released in English by Kodansha.