Island in a Puddle 2 (Paperback) 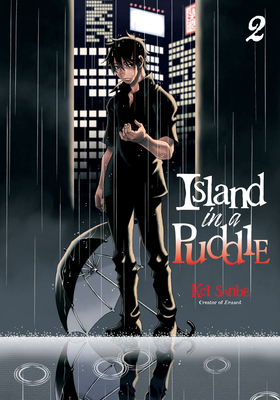 Island in a Puddle 2 (Paperback)

This is book number 2 in the Island in a Puddle series.

Tension mounts as Minato, who's mind was mysteriously swapped into the body of a wanted man on the run for murder, tries to figure out his next move. Stranded, alone, he starts to formulate a plan to get to his younger sister, who's now in the care of the man whose body he swapped with, without suspicion. However, it's not only the police after the man whose body he now occupies—a shadowy organization called the Dodokai is closing in, too...
Kei Sanbe is creator of the hit Erased, which was adapted into a popular live-action film and anime. Sanbe's latest work is Island in a Puddle, which is being released in English by Kodansha.