Island in a Puddle 1 (Paperback) 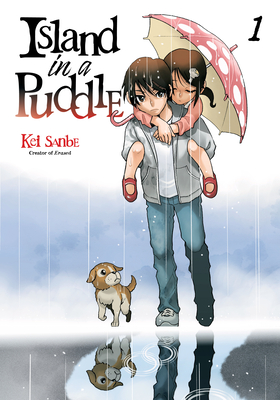 Island in a Puddle 1 (Paperback)

This is book number 1 in the Island in a Puddle series.

A CHILDHOOD IN THE UNDERWORLD

Minato’s tiny apartment might as well be on a deserted island. Despite being in elementary school, it falls on his shoulders to care for his little sister Nagisa, who never stops asking when their mother will make one of her infrequent visits home. One day when she stops by, their mother takes them to an amusement park, only to give Minato some cash and leave them on the Ferris wheel. However, as they reach the top of the ride, lightning strikes their car—but what Minato finds when he awakens is not the grim tragedy he expected...
Kei Sanbe is creator of the hit Erased, which was adapted into a popular live-action film and anime. Sanbe's latest work is Island in a Puddle, which is being released in English by Kodansha.