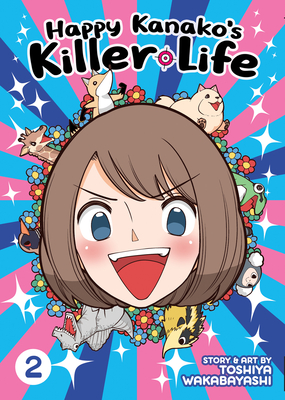 
On Our Shelves Now at:
A HILARIOUS, FULL-COLOR MANGA ABOUT THE DAILY LIVES OF HITMEN FOR HIRE!

Nishino Kanako was just an everyday office worker until she quit her crappy job to get away from her even crappier boss. Now, almost completely by accident, she finds herself working as a hitman. Nobody would have imagined that unassuming Kanako would be a natural born killer, but hey, life's funny like that sometimes. It's maybe too awkward to explain to her mom, but a newly confident Kanako resolves to become a legendary assassin...so long as pesky things like romance and the police don’t get in her way!
Toshiya Wakabayashi is a Japanese creator best known for doing strip-style manga like Tsuredure Children (also an anime) and Happy Kanako's Killer Life, which is especially popular on Twitter.