Louis XIV: The Power and the Glory (Paperback) 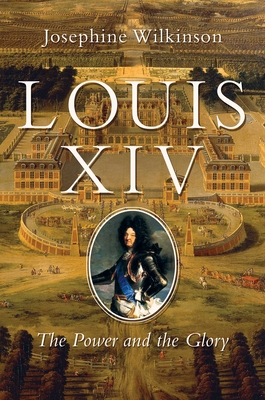 Louis XIV: The Power and the Glory (Paperback)


In Stock—Click for Locations
An intelligent, authoritative, and often surprising biography of the most famous of French monarchs, by an acclaimed biographer and historian.

This stylish and incisive narrative presents readers with a fresh perspective on one of the most fascinating kings in European history. Louis XIV’s story has all the ingredients of a Dumas classic: legendary beginnings, beguiling women, court intrigue, a mysterious prisoner in an iron mask, lavish court entertainments, the scandal of a mistress who was immersed in the dark arts, and a central character who is handsome and romantic, but with a frighteningly dark side to his character.

Louis believed himself to be semi-divine. His self-identification as the Sun King, which was reflected in iconography by the sun god, Apollo, influenced every aspect of Louis’s life: his political philosophy, his wars, and his relationships with courtiers and subjects.

As a military strategist, Louis’s capacity was ambiguous, but he was an astute politician who led his country to the heights of sophistication and power—and then had the misfortune to live long enough to see it all crumble away. As the sun began to set upon this most glorious of reigns, it brought a gathering darkness filled with the anguish of dead heirs, threatened borders, and a populace that was dangerously dependent upon—but greatly distanced from—its king.
Josephine Wilkinson, a noted authority on French history, is the author of Louis XIV: The Power and the Glory. She received her PhD in History from the University of Newcastle and has been scholar-in-residence at St Denial’s Library. She now lives in York—Richard III’s favorite city.
"An impressive revisionist biography."
— The Times (London) [praise for Josephine Wilkinson]

"Wilkinson bravely tackles the question head on: what really happened to Richard’s nephews, the Princes in the Tower? The writing is incisive, rigorous and academic whilst also being accessible and engaging. Wilkinson will certainly get you thinking."
— Huffington Post [praise for Josephine Wilkinson]