The Thin Blue Lie: An Honest Cop vs the FBI (Hardcover) 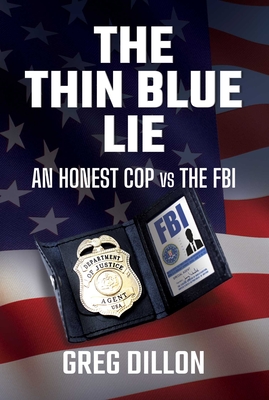 The Thin Blue Lie: An Honest Cop vs the FBI (Hardcover)


Not On Our Shelves—Ships in 1-5 Days
In this gripping whistleblower account of FBI corruption and malfeasance, Greg Dillon—veteran state investigator and former FBI agent—finds himself caught up in an FBI misconduct scandal resulting in coverups, retaliation, a federal trial, and a landmark court ruling.

When Greg Dillon is assigned to a federal fugitive task force in Connecticut, he inadvertently uncovers a pattern of misconduct and falsified affidavits. After reporting his concerns to the politically connected but incompetent chief state’s attorney, the whistleblower finds himself a target of reprisal. Investigated, transferred, demoted, and threatened, Dillon hires an attorney, and—with the assistance of legendary whistleblower Frank Serpico—takes on both the state of Connecticut and the Department of Justice in federal court, resulting in an explosive verdict and a significant court ruling.

10 percent of the author’s profits will be donated to Shepherds.
Greg Dillon joined the Branford Police Department in 1978 before becoming an FBI special agent in 1985. After working on the Criminal Reactive Squad in Alexandria, VA, then on the Violent Crime Squad in Washington, D.C., in 1990 he accepted a position as an inspector in the Office of the Chief State’s Attorney in his home state of Connecticut. During his thirty-plus-year law enforcement career, the author received numerous commendations and awards before retiring as a supervisory inspector in 2009. He currently sits on the board of directors at Shepherds, a nondenominational, nonprofit organization that assists inner-city high school students by providing an adult mentor, academic and life skills, and financial support for a college preparatory education.