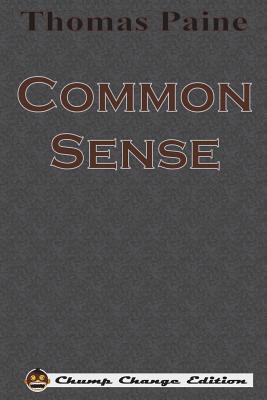 Unabridged version of Common Sense, offered for chump change. This book, through passionate argument, established the separate American identity, tipping sentiment for the American cause.

Paine was outlawed in Britain and escaped execution in France, due to the power of his pen challenging authority in the plain language of the people.

Read his most popular work that unified the American voice into action for independence in this affordable and complete volume.

I. Of the Origin and Design of Government in General, with Concise Remarks on the English Constitution.

II. Of Monarchy and Hereditary Succession.

III. Thoughts on the Present State of American Affairs.

IV. Of the Present Ability of America, with some Miscellaneous Reflections.