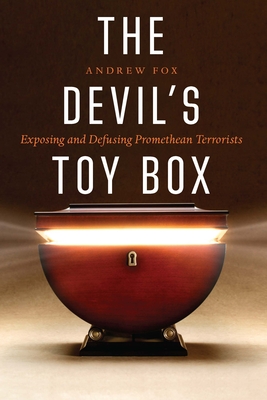 
In Stock—Click for Locations
A Promethean technology is one that allows someone of average resources, skills, and intelligence to carry out actions that were once only doable by governments, militaries, or institutions with considerable resources. Essentially, Promethean technologies allow users to create their own weapons of mass destruction.

These emerging technologies are increasingly affordable and accessible—and are no more complicated to operate than a satellite TV control box or a smart phone. Although these technologies are a terrifying prospect, the more we know about these dangers, the better we can prepare to head them off.

In The Devil’s Toy Box, Andrew Fox lays out seven decades of preemptive analysis and shows that while homeland security has explored, in depth, the possible Promethean threats the world faces, it has failed to forecast the most likely attacks. Using fictional scenarios Fox teaches how to predict future threats and how to forecast which ones are likely to be used by bad actors within the next five to ten years. Combining the skills of homeland security experts and the imaginations of speculative fiction writers, he then offers an analytical method to deter, counter, or abate these threats, rather than adopting an attitude of resigned fatalism.

Andrew Fox has worked for the Department of Homeland Security for more than ten years, starting with the Federal Emergency Management Agency in the wake of Hurricane Katrina. He is currently a management and program analyst for a federal homeland security law enforcement agency. Fox is also a prolific writer of speculative fiction, including the Fat White Vampire series.

“In chilling—but realistic—scenarios of future terrorism, Andrew Fox presents plausible surprise attacks that America may face from enemies foreign and domestic. But he also proposes a realistic method for intervention and prevention, utilizing America’s untapped resources of imagination, creativity, and teamwork.”—Arlan Andrews, former White House fellow in the Office of Science and Technology Policy and founder of Sigma, the science fiction think tank

“This is a thoughtful, highly imaginative, and fact-rich book of great interest to readers far beyond the national security and defense communities.”—Amy Sterling Casil, author of Digital Forensics: Investigating Data and Pathology: Examining the Body for Clues

“Andrew Fox offers a fascinating examination of emerging technologies and the threat they pose to the United States. The shadow of Prometheus looms large over our future! Fox urges us to prepare now.”—Seth G. Jones, senior vice president of the Center for Strategic and International Studies